Far from the city bustle, surrounded by the forest and the murmur of the stream, just like in a fairy tale, there is a small factory of the sweetest lollipops. The Blazenic family reigns in it. Currently, offers 17 types of lollipops and candies of all shapes and sizes. All convenient, some are more summery, some are Easter, some are Christmas…

The production of lollipops is based on manual labor, we do not use harmful chemicals to whiten the sugar mass, but use a draw method that gives the lollipops a traditional texture, we use natural colors to color the patterns. The workmanship, hygiene, and skills of the staff ensure that Fantasia lollipops are your best choice. Fantasia lollipops are manufactured in an air conditioned facility and special attention is paid to the quality and control of the product.

Lollipop Candy Cane is one of the most popular candy during the Christmas holidays, and for many children and adults, it is not Christmas without Candy Candy.

Retro lollipops on a stick are hand-made with traditional recipe and traditional method. Different shapes, sizes and flavors of Fantasia lollipops makes children across Europe happy, and brings back adults to a happier moment.

Lollipops in a heart shape, flower shape or round shape, with different sizes and color combinations are available through our partners and distributors in most states of European Union, and in other countries of Europe and region.

Silk candies produced in the fantasie plant are unique with basic and traditional recipes, but modern combinations of countless colors and flavors that satisfy the tastes of previous and present generations. excellence, quality and creativity adorn this product.

Cotton Candy in a bucket﻿

Before our new packing solution, you could only see cotton candy on different events and manifestations. Now, it is available in almost every bigger store around you.

Traditional way of production, using natural flavors and ingredients, high level of hygiene and product control are only some of our guidelines that lead us in production.

t doesn’t matter if your event is about company promotion, product promotion, filming of commercials, movies or music videos, our promotional lollipops, popcorn, colored cotton candy or something else from our assortment will help you making your guests or clients happy.

We are making custom made lollipops and bonbons in the colors of your company, your event or just as a sweet promotional product, per your wish. Some of our products you can see down below.

News and media about us﻿

Often we are an inspiration to journalists, doesn’t matter if we speak of a small successful company, or a family business. You can take a look of some of our media presence down below.

In production, as well as in administration and the rest of our company segments, we are giving special attention in following deadlines and being consistent. Our teams coordination allows us to have extreme flexibility and presence in current market.

We know that Christmas umbrella umbrellas were first mentioned in connection with Christmas in 1874, and the first mention of pine decorations was in 1882. So although they have long been associated with Christmas, it is unclear whether there is a real connection to the Christian religion. The lollipop umbrella gained widespread popularity thanks to confectioner Bob McCormack, who began producing them in 1919 and became one of the world’s leading producers of candy cane by the 1950s.

Prior to automation, hot lollipops had to be bent by hand, and more than 20 percent of all lollipops were scraped during production. The first lollipops were simply white sticks. The first published recipe for a lollipop umbrella arrived in 1844. The red stripes were there, but there was no curve.

Allegedly, lollipops originated in the Stone Age when the then inhabitants of the planet discovered honey and began to browse the hives of wild bees. They would dip a wooden stick in honey and lick it, and later put walnuts or similar fruits on the stick, to make it easier to dip them in honey and eat. It is believed that this is how the first lollipop was created. The ancient Egyptians, Arabs and Chinese made treats from fruit, hazelnuts and honey 3,500 years BC. The Egyptians actually worshiped their gods by eating and “sacrificing” sweets. Candies arrived in Europe only in the Middle Ages, but due to the small amounts of expensive sugar, sweets were only available to the rich. The final candies - hardened boiled sugar - became part of everyday life in the 17th century and were first used by doctors to treat a variety of ailments. Now, after three centuries, they are available to every sweet tooth whenever they wish. 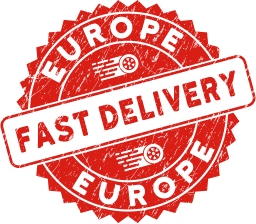